The Laws of Ultimate Reality

Law of Mechanical Repair
After your hands become coated with grease, your nose will begin to itch and you'll have to pee

Law of Gravity
Any pill, when dropped, will roll to the least accessible corner.

Law of Probability
The probability of being watched is directly proportional to the stupidity of your act.

Law of Random Numbers
If you dial a wrong number, you never get a busy signal and someone always answers.

Law of the Alibi
If you tell the boss you were late for work because you had a flat tire, the very next morning you will have a flat tire.

Variation Law
If you change lines (or traffic lanes), the one you were in will always move faster than the one you are in now (works every time)

Law of the Bath
When the body is fully immersed in water, the telephone rings.

Law of Close Encounters
The probability of meeting someone you know increases dramatically when you are with someone you don't want to be seen with.

Law of the Result
When you try to prove to someone that a machine won't work, it will.

Law of Biomechanics
The severity of the itch is inversely proportional to the reach.

Law of the Theater
At any event, the people whose seats are furthest from the aisle arrive last.

The Starbucks Law
As soon as you sit down to a cup of hot coffee, your boss will ask you to do something which will last until the coffee is cold.

Murphy's Law of Lockers
If there are only two people in a locker room, they will have adjacent lockers.

Law of Physical Surfaces
The chances of an open-faced jelly sandwich landing face down on a floor covering are directly correlated to the newness and cost of the carpet/rug.

Law of Logical Argument
Anything is possible if you don't know what you are talking about.

Brown's Law of Physical Appearance
If the shoe fits, it's ugly.

Wilson's Law of Commercial Marketing
As soon as you find a product that you really like, they will stop making it.

Paul Newman: He was even cooler than you think

Paul Newman passed away yesterday. Everyone knows about his film career and work for charity, but did you know he finished 2nd in the the 1979 24 Hours of Le Mans? Yeah--and at the age of 70 he became the oldest driver to be part of a winning team in a major sanctioned race, winning the GTS-1 class at the 1995 24 Hours of Daytona.

He was 19th on Nixon's enemies list and number 1 on the list of people way cooler than you.

Books Everyone Should read

Resentlly I have been thinking about books that I think every one should read and I would be interested in hearing what the family has to say. I am especially interests in books that are from your area of expertise for example Dad might suggest a business book or Daniel and philosophy book, Ashley a history book and Ryan a economics book. But I do have conditions these are books for the average lay person not someone with a background in your subject or expertise. I would also like any recommendations that are biographies or novels.
Thanks for you help. Here is my list.

Classics:
Crime and Punishment by Fyodor Dostoyevsky
The count of Monte Cristo by Alexandre Dumas
Les Miserables by Victor Hugo

My Expertise:
Parenting
Secrets of the Baby Whisperer: How to Calm, Connect, and Communicate with Your Baby by Tracy Hogg and Melinda Blau 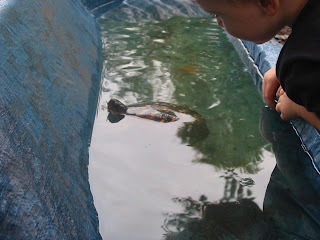 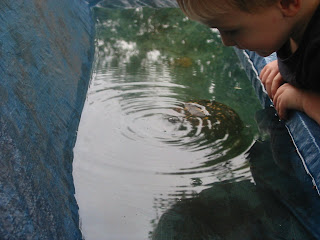 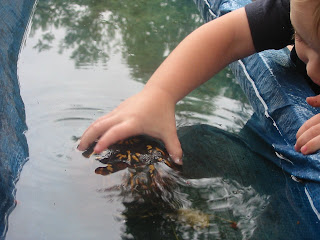 Ryan went out early this morning to fill the Escape up with gas for me and he found a turtle crossing the road. So, our turtle friend came to visit us. It didn't take too long before Ian was telling the turtle that he loved it. We had hoped to keep it in the backyard for the day and then take it down to the pond, but it was nimbler than we expected and climbed out of our flooded-sandbox-cover pond and has taken itself to parts unknown.
Posted by Unknown at 5:35 PM No comments:

Not what I was expecting.

Please insert joke about how easily McCain drifts to the left or right in the comments.
Posted by Ryan at 9:36 AM No comments:

Dad and I hiked up the Wellsvilles to see the hawk watch. We saw a bunch of hawks fly by. Here are the pictures from the hike.


Also a link to the pictures. 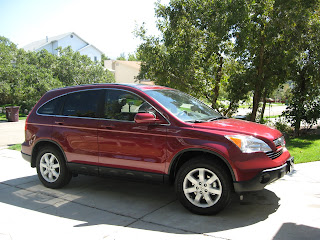 I guess it is time to introduce you to our newest addition. After much study and thought Brent and I have purchased a new Honda CR-V. (The initals stand for nothing. In Europe the same car is called a Crave, but that was not a great name for a US car.)
Welcome to the family.
Posted by Grandma Favorite at 9:23 PM 1 comment:

Memphis the lab rat: The Results

Memphis has finished the Keppra study at NCSU. The principal investigator spoke with me about the study when Memphis was "deblinded". We learned that she was on the placebo during the first 16 weeks and Keppra the second 16 weeks. She had 14 seizures during the placebo period and 7 during the Keppra period. Apparently, the study is not going so well for Keppra in general. Memphis is only the second dog to show significant improvement on Keppra. (0ut of 15-20 dogs)

That is good news for us, especially since some rich dude in California gave NCSU a bunch of money to provide Keppra to dogs when it is shown that it helps. Since they are having a hard time finding dogs it helps, they were happy to give us some. So we get free Keppra for 3 months at least. Woo-hoo! (Keppra for Memphis would cost about $200-$300/month if we paid for it. I like my dog, but no way...)

On the down side, bloodwork during the study showed that the phenobarbital she regularly takes is damaging her liver. We will need to investigate the possibility of cutting the dose or getting her off it completely.
Posted by Ryan at 11:03 AM 1 comment: